Puma Spirit FG Review: Cool Soccer Shoes For Those Who Are Just Starting a Hobby of Playing Football 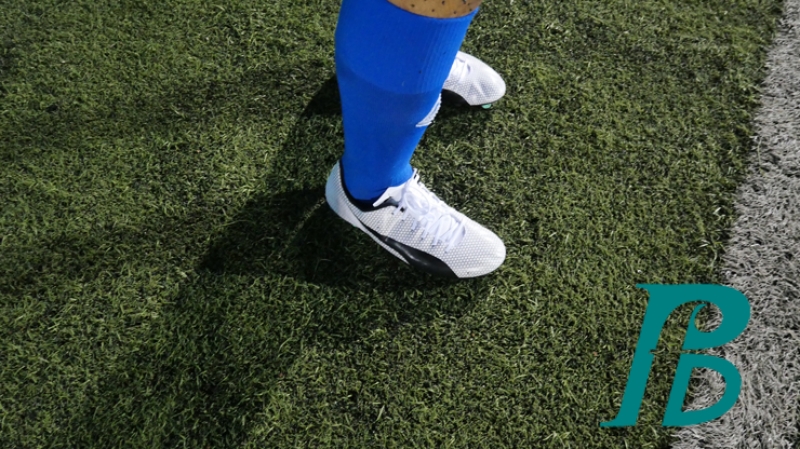 Puma Spirit FG Review – Buying soccer shoes is more tricky than futsal. Soccer shoes have more consideration because the time to wear them is relatively longer. Not to mention if it is used in big games that require one player to run more. Not only the best football shoes needed for sure but also comfortable shoes.

Puma also has a choice of attractive soccer shoes in the Puma Spirit Firm Ground (FG). This football shoe was released in mid-2018, but the echo is not too big because it is not a flagship product. Luckily, we’ve used it in friendlies and feel the good and bad sides of these boots.

It is not difficult to choose this football shoe. We get a fairly neutral color, which is a white-black-silver blend. The color certainly comes in with various football jerseys including socks. Incidentally, we wear jerseys with a combination of white and blue.

Puma provides a hexagon motif (hexagon) all over the outside of the shoe skin. Do not forget the distinctive line of all Puma shoes on the outside and inside of each shoe. An accent that is certainly suitable for those of you who are looking for simple soccer shoes.

In terms of design, indeed this shoe does not attract the attention of other players at all. It could be because Puma is not their top 2 in Indonesia for football boots. Wearing these shoes does not make you a special player for style. However, these soccer shoes are more comfortable in the eyes.

For sports shoes, the pads on the inside of the shoe are crucial in its existence. Puma football shoes this one does insert a thin pad on the bottom of the ankle to the heel. Unfortunately, it is very thin. It is intended not to be too narrow on the inside, but it seems that for those of you who are looking for comfort on the inside, it is very terrible.

The presence of thin pads and soft materials does make these shoes lighter, both when carried also worn. What’s more, the straps that make football shoes that make the use tighter. We felt very fitting shoes on the feet.

The elongated shape of the shoe and the right curves are right for running. The weight is also fairly light even for the feet are not burdened. Unfortunately, there is nothing special in the upper part of the football boots. All made flat. This will greatly affect touch, control, and kicking. You could say, these shoes will only work in football boots. For the rest, you really have to rely on skills.

Trying to run with Puma football shoes is indeed quite comfortable and does not find any significant obstacles. In the first use, this shoe quickly adjusts to the foot, even the shape of the foot is wide though. We started with a little run to warm up and continued with a one-two kick.

Unfortunately, I played a central defender (CB) position that didn’t need many sprints running during the game. However, a jogging run accompanied by a short sprint can be done without problems with these shoes. I also managed to finish one round of friendlies with a low-intensity match quite well. 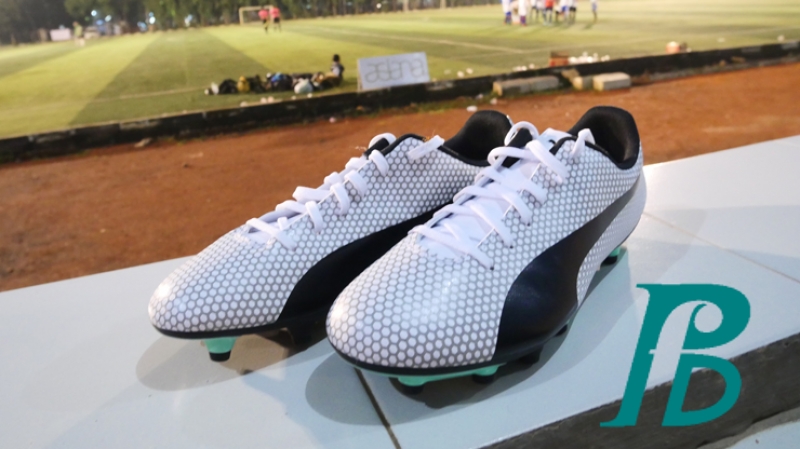 The toe is the part of the shoe where you kick the ball. This part is in the turtle toe to the end of the shoe. Many manufacturers of soccer shoes add accents to this section. Some manufacturers give accent toe to make the kick tighter, others give accuracy to the kick.

Meanwhile, you won’t find any additional accents on puma spirit firm ground football boots. The toe part of the shoe uses the same material as the leather part of the side of the shoe. As a result, we really had to kick at full strength. One chance kicking towards a goal had to end in vain as the ball went wide.

When it comes to measurable short passes, this shoe has been said to be very safe to do so. One pride when using puma football boots is that we can make a long pass from the defensive line to the player on the right-wing. Yes, it turns out that these shoes are not too bad.

This shoe is still fairly new (released mid-2018), but has not even followed some developments in football shoes in general. One of the things that still gets less attention is the ankle. After the game, our ankle part felt painful because it was allowed to move freely by his shoes.

As in the beginning, we said that this shoe is intended by players with fast feet to run after the ball. For box-to-box players or central defenders may not be suitable. The strikers? It may be worth looking for another shoe with a harder vamp part.

Puma is still in the top five best soccer shoes for you to choose from. When the choice of Adidas, Nike, and New Balance is considered to be expensive, these cheap Puma football shoes you can make an alternative choice. You can get these cool football shoes for $39.99 (Selling price on eBay Pre-Owned). If you are a fast player, these shoes can be used as an option.

Why Puma? Hey! You can be a player with a different choice of shoes than the other ten players. I became that player when I tried on these shoes. Not wrong, really, different. So, interested in trying it?

Puma Firm Ground football boots are light enough to run fast on the pitch, but less capable of kicking.

5 Gym Equipment for Women to Exercise at Home