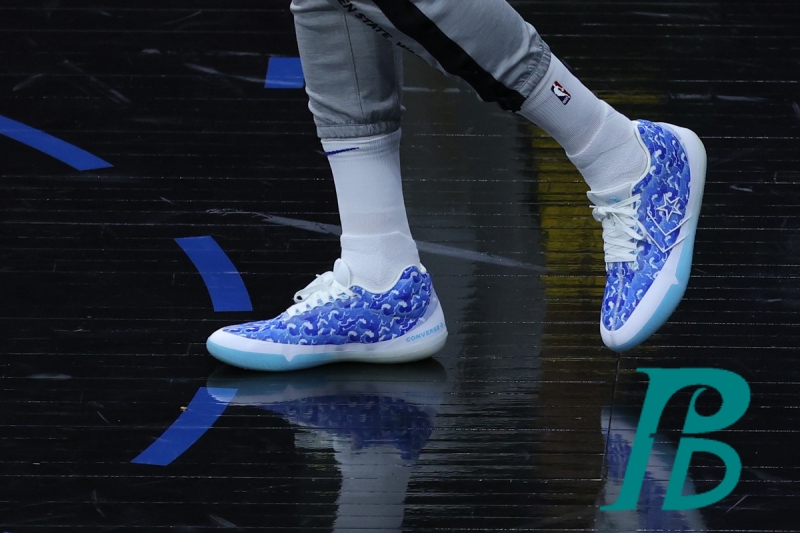 The NBA All-Star is a mid-season event featuring the best basketball stars in the NBA as a result of fans’ votes. In addition to the show of skill at the event, the sneaker display of NBA stars is in the spotlight. In fact, in memory of the legend of Kobe Bryant, some basketball players design special sneakers that they use as a form of tribute to Kobe.

What is the design of the basketball sneaker in the 2020 NBA All-Star yesterday? Here are the 10 best NBA star sneakers of choice Brofaiz.com.

Nike has unveiled the LeBron 17 version of Monstars in connection with the sequel to the once-booming Space Jam film with Michael Jordan. Monster is named after the antagonistic team in Space Jam, a basketball team filled with aliens who take power from NBA stars.

Although the plot of the sequel has not been revealed, reportedly LeBron James will co-star in the film like Jordan-era Space Jam. The film premiered in 2021.

Nike did specifically release the LeBron 17 sneaker ‘Monstars’ at the 2020 NBA All-Star. The sneaker takes the antagonist color of the Monstars team, which is a combination of blue, orange, and white.

One of the NBA stars who paid tribute to Kobe Bryant was Anthony Davis. The LA Lakers power forward used a Nike Kobe 5 Proto sneaker, which even now has not been released to the public by its owner.

Amazingly, Davis turned out to be a true Kobe fan because in previous years he used a Nike Kobe sneaker. While the sneaker worn by Davis in the NBA All-Star is a special edition with the lakers’ oversized colors, namely court purple, black, and gold.

Kawhi Leonard was the star of Team LeBron’s victory over Team Giannis at the 2020 NBA All-Star. The LA Clippers small forward contributed 30 points. He appeared violent thanks to his flagship sneaker New Balance KAWHI.

The KAWHI sneaker was the first sneaker specially designed using its name. In fact, Kawhi has been under contract with New Balance since 2018. But since becoming the MVP of the 2019 NBA Finals, his career has accelerated.

Giannis Antetokounmpo made another splash on his fourth straight NBA All-Star appearance. The best sneaker from Nike Zoom Freak 1 with the theme ‘Employee of the Month’.

Kyle Lowry’s sneaker is indeed not as exciting as others. The Toronto Raptors point guard used an Adidas Pro Model sneaker. But the sneaker worn by Lowry is gold and black on Adidas iconic line.

Lowry also wrote the phrase “Gx For The 6” on the outside with a black marker. And write the letter “K” on the inside of the sneaker. Adidas Pro Model offers a large selection of colors at a price of USD100.

After a long disappearance, Under Armour Anatomix Spawn 2 re-appeared when used by Joel Embiid at the 2020 NBA All-Star.

Unfortunately, this is a custom sneaker and so far it is not known whether it will be mass-produced by Nike or not. But for Nike Kobe A.D.

There is nothing different from James Harden’s appearance at the 2020 NBA All-Star, but his Daniel Patrick x Adidas Harden Vol. 4 sneakers must be included in the item collector list.

Harden’s Adidas sneaker is the result of a collaboration with Daniel Patrick, a well-known Shoe designer from Australia who is now domiciled in the United States.

On the outer side of the midsole, Booker wrote “Be Legendary” with a black marker. Yup, Kobe deserves to be a legend because of his dedication and achievements in the world of basketball. The Nike Kobe 4 PE starts from USD210-350.

3 Types of Nike Futsal Shoes You Need to Know